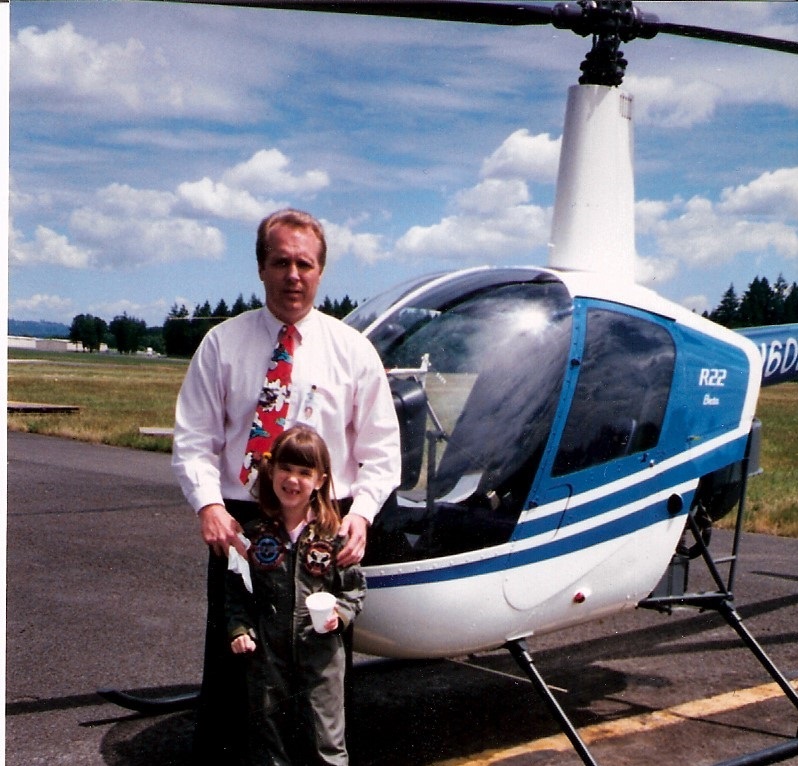 Written by Max Lyons, this piece first appeared in the Fall 2015 issue of Rotor Magazine during Lyons' time as chairman of Helicopter Association International's Board of Directors.

In my last column, I addressed my concerns about staffing shortages in the helicopter industry. The reasons responsible for that forecast shortage are complex, but the reality is that we may have to curtail operations and forego growth if we fail to attract sufficient numbers of qualified pilots and maintenance technicians.

One solution to the staffing shortage is to aggressively recruit groups that have been overlooked in the past. And, in fact, there is a large group that historically has been underrepresented in our industry: women.

According to the U.S. Department of Labor, women make up 47 percent of the U.S. workforce, but if I had to guess at the percentage of female helicopter pilots, I would say it ranges between one to two percent. For airframe and powerplant (A&P) technicians, that number is even smaller.

Long story short: the helicopter industry is missing a lot of women.

Why? Again, the reasons are complex. Some have to do with factors not under my control - or for that matter, the influence of anyone in our industry. However, two reasons for this shortfall that we in the industry can change are these: some women believe that the helicopter industry doesn't want them, and some are not aware of the opportunities in our industry.

As far as the first point, let's agree that the characteristics required to pilot or maintain a helicopter have more to do with intelligence, finesse, critical thinking, and good judgment than physical strength. Studies have shown that women come out on top in regards to multitasking, and a 2014 U.S. Army study reported that female military aviators had fewer accidents than their male counterparts.

Although 10 percent of Army pilots were women, they accounted for only three percent of accidents.

This is not to say that male pilots and maintenance technicians should give up and turn over their jobs to women. The point is, both men and women are capable of performing safely and effectively in aviation. This isn't speculation on my part. As the owner of a flight operation, I have seen our female pilots and technicians in action, and I recognize their contributions to our shared success.

Some might suggest that aviation is a tough business and women just can't compete with men. Instead of arguing with you myself, I might turn for support to some of my most respected colleagues: Jan Becker, CEO of Becker Helicopters Pilot Academy; Oregon state senator Betsy Johnson, past CEO of Transwestern Helicopters; or Brenda Halvorson, CEO of Papillon Helicopters, the world's largest helicopter sightseeing company. These women are joined by many others who work at all levels and in all positions of our industry.

In some cases, what's keeping women is not any outdated ideas about what women can do. It's the misperceptions about our industry that both men and women share. I know this from personal experience. When I first looked at becoming a pilot, I was told that military training and experience was necessary. Clearly, that was not the case, but 30 years later, many people are still surprised that I trained as a civilian.

As an industry, what can we do to increase the number of women pilots and maintenance technicians? We need to reach out to women and ensure they see our industry as a welcoming field, full of opportunity and rewarding work.

I've included a short list of tactics to accomplish this goal, but you can probably come up with some of your own:

This may seem like a lot of work but it will be worth it. If we as an industry doubled the number of rotorcraft-only female pilots - going from two percent to an all-time high of four percent - we would gain approximately 600 pilots that we can put to work, keeping the rotors in motion.

Hopefully, writing this article won't get me kicked out of the local men-only pilot club. Actually, earlier in 2015, that same club voted to accept women. Well done, guys. Now let's work on the industry.